THE red cross which was painted on the front door has (been wiped) off. (The) Owner of the house has covered it with brown paint.

THE red cross which was painted on the front door has (been wiped) off. (The) Owner of the house has covered it with brown paint.

Sign of cross was a bad signal. The house occupant which resides at Jalan Panglima Polem, Banda Aceh downtown, was a target of law agencies. He or she could be tortured, thrown into jail, or worse, they could just ‘rest in peace’. Even guests who came to that house could have a similar fate.

Nasruddin Abu Bakar had just awakened when I came to the house. His hair was tangled. His eyes (weren’t) didn’t fully open. He stayed at the house which is also his office after Indonesia government and Ache Freedom Movement signed peace agreement in Helsinki last year.

"We must run away, move underground, hiding from one to another places," Nasruddin recalled.

He once went into hiding in Jakarta. And his study at Ar Raniry Islamic Institute was halted for a while. But he returned and graduated in 2005. Nasruddin was a member of director council of Sentral Informasi Referendum Aceh (Center of Aceh Referendum Information).

On November 8, 1999, more than a million Achenees gathered at Baiturrahman Mosque yard. They demanded a referendum. SIRA organized the mass gathering. In that year Nasruddin joined the organization.

Not more than a year after peace agreement was signed again, Nasruddin and his colleague’s activity in SIRA were accused. High rank Indonesian military in Aceh has alleged SIRA as illegal organization.

Bambang was commander in chief when former Indonesian president Megawati Soekarnoputri declared Military Emergency status in Aceh. During five months under his leadership, 319 Acehness died and 108 people disappeared. Around 117 people were heavy tortured.

That was not the first statement by Bambang. On the mid March, he said the similar statement in front of parliament members in Senayan, Jakarta. At that time, special commission for Aceh Government Bill wanted to hear the latest issues in Mecca Veranda, an appellation for Aceh land.

"SIRA must not exist! If they want to keep the name of SIRA, the acronym of ‘R’ must not be referendum. They have to change it to reconciliation. Not referendum," Bambang said.

He also acknowledged about GAM dissolution.

"We keep demanding the dissolution of GAM. AMM gave a proposal to us, if Aceh government bill is approved today, GAM must disperse tomorrow! That is AMM commitment," he said.

Bambang was supported by Commander of Iskandar Muda Military Territory, Major Supiadin Adi Saputra. Supiadin insisted that SIRA is illegal organization which is spreading propaganda to confuse people in remote area. Indonesian army, he said, are ready to take harsh measures for it.

Inspector Bachrumsyah Kasman, Chief of Aceh Police, also supported Bambang. In Serambi Indonesia daily on June 24, he said that he has spread the instruction to police leaders in many regions under his command.

"We have commanded Kapolres (chief in region) and Kapoltabes (chief in city) in Aceh territory to measure any illegal organization that doing their mass activity, including SIRA. If they keep doing it, arrest them!" he insisted.

"SIRA fought for Aceh prosperity and development. They don’t have to worry about SIRA. Cause we are serving is the content of Helsinki peace agreement," Nazar said.

ANOTHER non government organization was also accused by officials of being an illegal organization. in Aceh. Wahana Lingkungan Hidup Indonesia (Walhi), one of the famous and biggest environments NGO, was also on the list.

Walhi Director for Aceh region, Cut Hindon protest Mustafa’s decree. She and Walhi staff were annoyed when they knew that the governor letter was addressed to Bambang Dharmono and not directly to her organization.

"It’s really strange. Why the letter should address to the third man (Bambang)?"

Carbon copy of the letter was sent to Coordinator Minister of Politic, Law and Security. It also sent to Minister of Internal Affair, Directorate General of Nation Unity and People Protection, Commander of Iskandar Muda Military Territory, Chief of Aceh Police, Aceh Attorney General, and all mayors and regents in Aceh.

On July 18, Hindon received clarification from Aceh local secretary. But it was just a draft.

"They gave us the draft before they sign it," Hindon said.

"It seems like the draft was preceding God’s will. How would they know the number and date of decree, heh?" she laughed.

Since then Walhi had bad image in Aceh society.

"The list was sent to many regents and mayors along Aceh," she said.

Student Solidarity for Reform (Solidaritas Mahasiswa untuk Reformasi) was also named on the list. Kautsar and Aguswandi as official members have been officially targeted. But both of them have not been official member for many years. They also are not students anymore.

Aguswandi has worked for International Organization for Migration (IOM), foreign agency which has rehabilitation and reconstruction program in Aceh post tsunami. And Kautsar is an official member of Committee of Peace and Democracy Monitoring (Komite Monitoring Perdamaian dan Demokrasi). They focus to help and advocate for conflict victims.

"The more organizations formed in Aceh, it will better. Our constitution guarantees the freedom of each citizen to join any association," he said.

KAUTSAR was correct. The banning of 16 organizations were based on laws and government decrees which were published in Soeharto dictatorship. It’s an expired law, such as Laws Numbered 5, 1985, and Government Decree number 18, 1986.

By using those rules, Soeharto who was also the prime commander of the Indonesian Army, diminished many pro democratic organization and activists.

The laws were commonly used to freeze organizations which according to the gorvernment spread Communism/Marxism-Leninism and any ideology that was not in line with Pancasila and Constitution (UUD 1945).

But, in 2003, Internal Affairs Department released an ‘important’ official letter, numbered 223/1302/DI. The letter was addressed to all regents and mayor in Indonesia, including Aceh.

Indonesia government, according to the letter, will no longer undertake to control non government organization for any reason. But the government would be involved "as a regulator and facilitator of democracy and political life."

Each non government organizations must give Letter Receipt Notification of Existence of Organization (STTPKO) to the local government. They also should enclose the copy of bill of establishment, AD/ART, work plan, and list of top management officials.

ON July, 22, I went to office of Major General Bambang Dharmono in Indonesia Representative Office for AMM in governor house complex.

How much authority do Bambang or AMM authority has order the governor to ban an organization? Isn’t Governor just obeying the president?

"Tell him that I don’t want to be interviewed about it (illegal organization) anymore. It has passed!" I heard Bambang is saying to his assistant.

Even when we have met in the same room, he declined to be interviewed.

I asked Irwandi Yusuf, GAM senior representative in AMM at that time, about the dissolution of GAM. Will they dissolve now that the Aceh Bill was signed by Indonesian parliament, just like Bambang said?

"No. It is not automatic. MoU implementation process is not finished yet. There are so many problems such as rights court. GAM will dissolve when the condition is relevant," Yusuf said.

Similar to Hindon and Kautsar, Yusuf and many civil society activists were worried. Democracy and freedom of expression in Aceh remains threatened. * 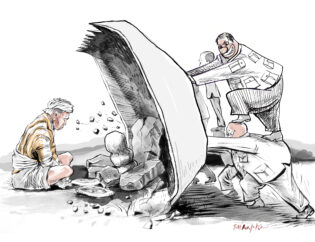 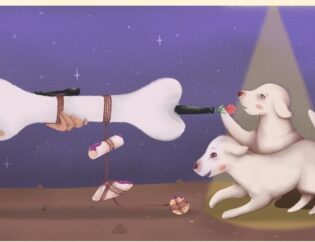 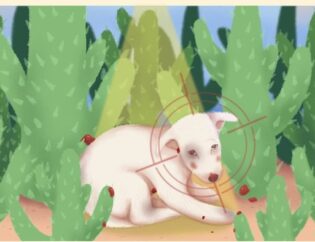 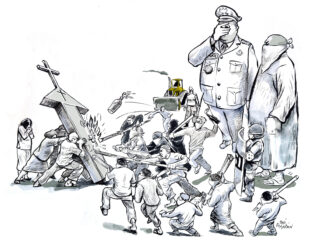 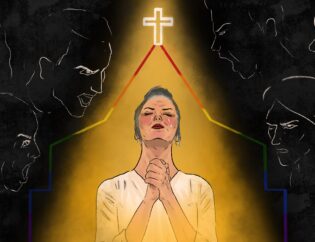